Breaking Out With Furlough

Young Aussie actress Phoebe Tonkin makes an auspicious behind-the-camera debut with the short film Furlough, which will have its Aussie premiere at Flickerfest.

“I’m in Los Angeles right now, where the rate is terrible,” Phoebe Tonkin tells FilmInk. “One in five people are getting COVID. It’s insane. And then you add civil and political unrest to the mix…if work arises in Australia, I’d love to do it, but my life is here now, and my house is here. I don’t know if I’ll just go back, but it would be nice to escape everything right now. If there was a film or series offer, it would be tempting.” 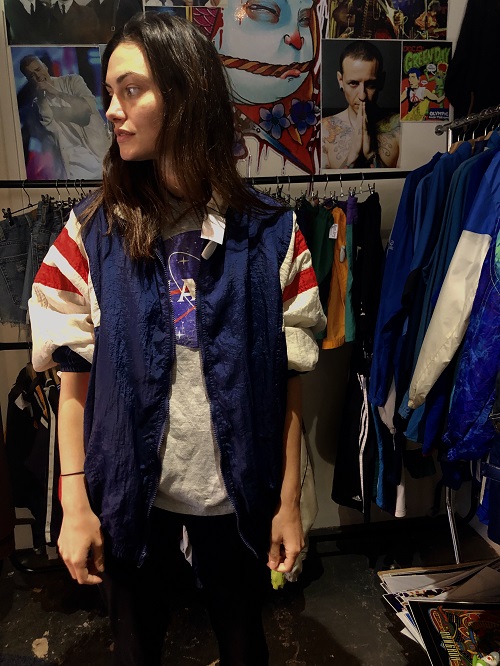 The “born and raised” Sydney actress might be in the wrong part of the world now, but with roles on popular US TV series like The Secret Circle, The Vampire Diaries, The Originals, The Affair and Westworld, her career currently demands that she reside in what is essentially the COVID hotspot of the world. First finding fame on Australian TV series like H2O: Just Add Water, Home And Away and Packed To The Rafters, and the popular big screen adaptation of John Marsden’s hugely successful YA novel Tomorrow, When The War Began, Tonkin has lately snuck back home for Aussie TV projects like Bloom and Safe Harbour, and also to make her directorial debut with the short film, Furlough. Shot in The Hunter Region two hours outside of Sydney (with post completed in New York City), the film follows a day in the life two teenage sisters (Markella Kavenagh and Milly Alcock) who embark on a wild adventure in search of freedom and new experiences. Produced under the high profile auspices of Dollhouse Pictures (the production company formed by Krew Boylan, Rose Byrne, Jessica Carrera, Shannon Murphy and Gracie Otto), Furlough will have its Australian premiere at Flickerfest.

Have you always wanted to direct?
“I started acting at fifteen and I’ve worked with all these incredibly inspiring directors, so I feel like I’ve been learning by osmosis. I’ve always liked to write. I’ve always been a storyteller. I’ve always liked the storytelling aspect of acting too. I’ve been tinkering on a few different ideas over the years, but a lot of those just felt a little out of my means and resources. The story that eventually became Furlough has been on my mind for a while, and it felt a little bit more achievable. It was just about taking that jump. I’m lucky to have known [producer] Jess Carrera for many years, so I just reached out to her on the off chance that she would want to produce it with me. Thankfully she said yes, so I couldn’t turn back.”

This is a film that really forefronts young women…
“I have always been fascinated with my experience as a teenager, and it’s such a pivotal time for young women. They’re really pushing boundaries. I also felt like I’ve seen a lot of stories about lost, rebellious boys. Sometimes we fall into the trope of trying to either represent women as either really strong or really feminine, but there are a lot of very complicated, flawed, messy young women. I wanted to see a representation of that. The first line in the script that I wrote includes the C word because I immediately wanted to not portray these girls any differently than how young boys are portrayed in these sorts of films. These are like the girls that I grew up with. That was the catalyst for writing this. I wanted to tell this story about these two troublemaking young girls who are really pushing the boundaries, but then you eventually understand the greater purpose for why they’re pushing these boundaries and trying to have really normal, if somewhat dangerous and naughty, experiences.”

Your young actresses are great…
“I just got so lucky that the two actresses that I wanted for this were as enthusiastic about being in it as well. Markella and Milly are the next generation of really strong, talented Australian actors. I feel very lucky to have worked with them early on in their careers, even though they were both established beforehand. I was very lucky that they were available when I needed them.”

Did you hand pick them or did they audition? How did the casting process happen?
“I had seen some of Markella Kavenagh’s work prior, and I was so intrigued by her. I’d seen her in the TV mini-series Romper Stomper, and I was so impressed by her performance. She was just so young and honest and raw. We followed each other on Instagram, and I just reached out and asked if she had time to jump on. I told her about the character and the story and my vision for it, and she jumped on immediately. I wasn’t as familiar with Milly, but I was presented with some of her work, and I was just so taken aback by the strength of her talent. So she was the only other person that I had in mind for that character. They didn’t know each other beforehand, but we all lived together over the duration of the film and they became so close. That was really beautiful. Their chemistry was really authentic because they got very close while we were filming.” 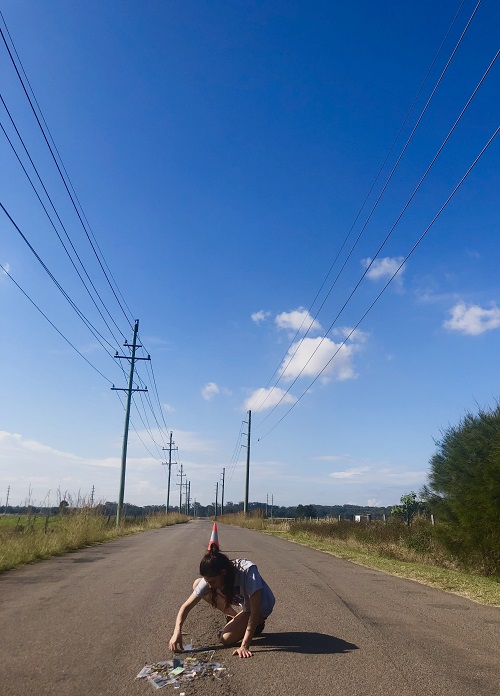 Which parts of the directing process came to you the most intuitively? And where was your biggest learning curve?
“Pre-production was the biggest learning curve. The logistics of putting together a short film are so tricky. With such a little budget, you’re really scratching for resources and favours and things like that. But I definitely knew what I wanted for this film, and the greatest advice that I received is to surround yourself with people that you really trust that share your vision. Our amazing DOP Giovanni C. Lorusso shared my vision, and I completely trusted him. We were like one mind throughout the process. It was a fun, collaborative project and experience. Being on set, however, was something that I knew so well, because I’m always on the other side of it. I know what works because I’ve been on so many sets for so many years. That element felt the most natural for me. I know how I like to work with directors. Everyone has their own opinions, but I felt the strongest when I was actually on set directing.”

Which part did you find the most difficult?
“The hardest part was post-production because that was completely foreign to me. That was the most learning that I had to do, because that really is about dealing with grading and exporting and all of those things. But again, I had this amazing editor called Max Bowens, who was so incredible. I trusted him wholeheartedly.”

So, the film is playing at Flickerfest obviously, but is it going to be playing anywhere else?
“This will be the Australian premiere. It’s screened at a couple of festivals here in the US, like HollyShorts and Raindance and The LA International. But obviously with COVID this year, they were all online. That was bittersweet, but I was so grateful to have people be able to view it at those festivals. Flickerfest is doing something in person though, which is great. In any other year, I would be there in a heartbeat, so it’s a bitter pill to swallow that I can’t be there.”

I imagine it wouldn’t have been as nerve wracking for you to have it play online as opposed to being there in the flesh and watching it in front of a live audience, right?
“Yes, but there’s also an energy that undeniably comes with watching a film and being able to invite all the collaborators and all the people that were part of it and being able to experience watching it together on a big screen. There’s obviously a vulnerable, scary feeling that comes with that, but I was so excited to share this film with all the people that were part of it in person, and honestly, to see it on a big screen… I’ve seen it on a big screen once, when I was grading, which was great. I’ll have to find someone with a big television so I can screen it as if it’s a premiere.”

Will your family in Australia be able to go to Flickerfest to see the film?
“I hope so! But up until recently, I assumed that Flickerfest would be an online festival. But it’s so good to know that they’re confident enough about the state of COVID in Australia that it will be happening in person. That just feels so foreign to me, because I’m in the worst part of the world right now. You can’t even go to a grocery store without being in a pretty risky situation. So the idea of a movie screening just feels very foreign right now.”

Do you plan on doing more directing? Do you have anything in the pipeline?
“I had planned to keep working towards something else, perhaps a feature. There are still things that I’ve been thinking about but, obviously this year, even as an actress, it’s been hard. It’s a really difficult climate right now, and there are a lot of risks when it comes to production. In an ordinary time, I’d be thinking about directing opportunities, but like everyone else right now, I’m just sitting at home and hoping that things start getting a little safer and opening up and that opportunities start arising again.”