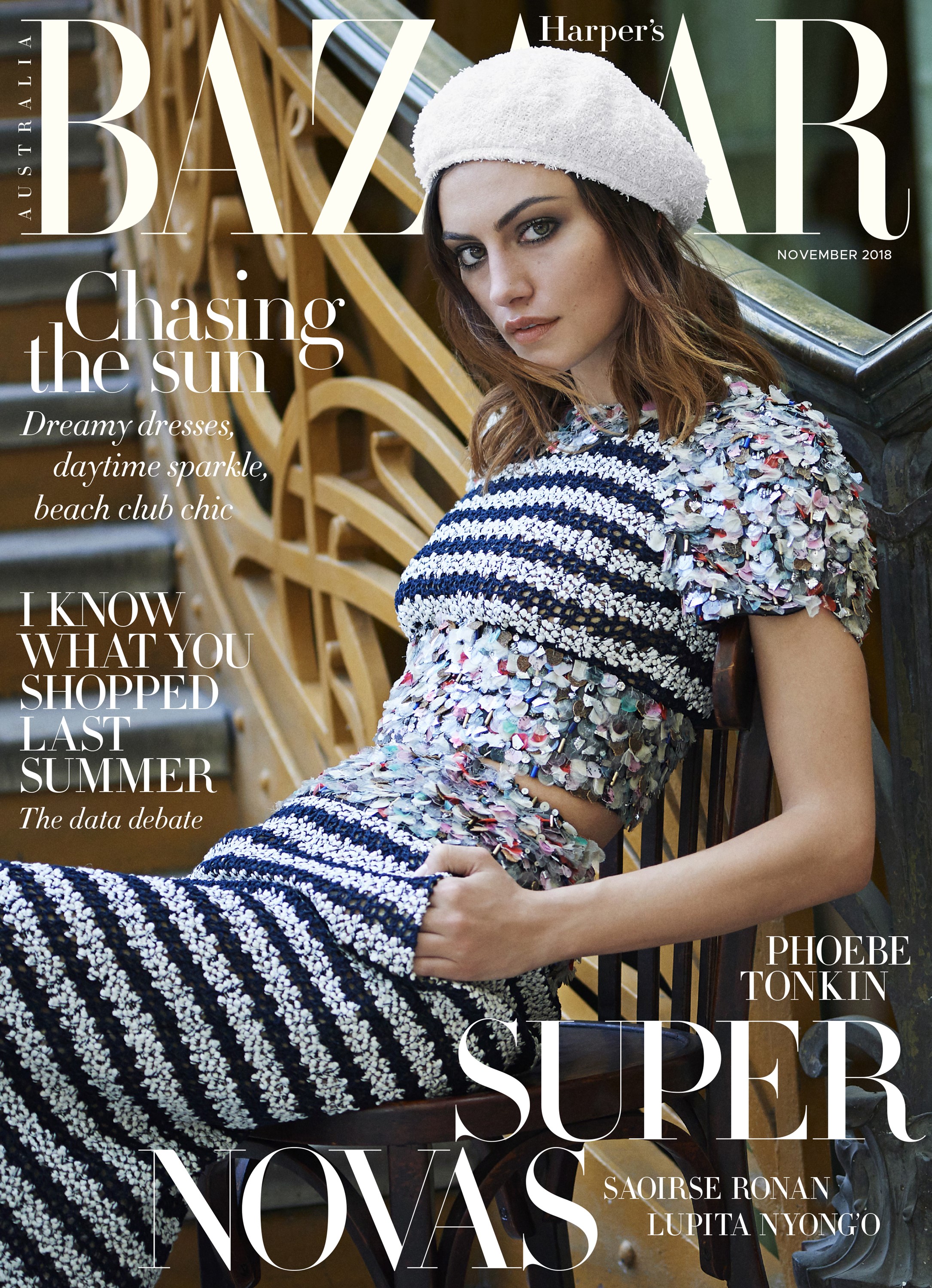 Phoebe Tonkin is sipping a ghee coffee and nibbling a banana muffin at The Roadhouse, a rustic coffee shop in Byron Bay, when BAZAAR calls. “My dad lives here and I’m visiting,” the Los Angeles-based Australian actor says. “I’ve been in Melbourne the past couple of weeks and it’s not the greatest weather over there right now, so I wanted to come here to go swimming, enjoy some sun and just hang out.”

The relaxed, sunny vibe of Byron Bay’s hipster wholefoods scene is about as far away as you can get from the project Tonkin has been working on in Melbourne: a dark supernatural drama series called Bloom. The 29-year-old stars alongside two-time Oscar nominee Jacki Weaver, Bryan Brown and Ryan Corr (Holding the Man, Hacksaw Ridge) in the six-part Stan original. The story is set in a country town, one year after a devastating flood has killed five locals. Survivors have discovered five mysterious plants growing where their neighbours drowned, each producing berries that have the power to restore youth. But there’s a catch. The renewed vitality is fleeting, so the town must protect their supply at all costs. Tonkin is calling it “a grounded, dark fairytale”. “Even though there is an element that is not of this world, everything from the relationships to the characters feels very real and relatable,” she explains. “It’s still very Australian, but I think it’s something that will also do very well internationally.”

Helmed by acclaimed American director John Curran (Tracks, Chappaquiddick, Praise), Bloom taps into the global sci-fi zeitgeist — think series such as Stranger Things, Black Mirror, Incorporated, Dark and Altered Carbon — making it one of the most buzzed-about debuts of the year. “It poses really interesting questions about our desires and vitality: what are the costs? What would you sacrifice?” Tonkin continues. “It asks things we need to ask ourselves every day about the way we consume, the way we use social media, the people we look up to and whether it’s a very superficial world.”

Read more of the interview at Harper’s Bazaar Australia